Independent MP Zali Steggall is helping a candidate in her bid to win a federal seat on the northern beaches as their two ‘armies’ of supporters join forces. The two groups at the “walk and talk” event, which organisers said totalled more than 300 people, met on the Dee Why beachfront, at the southern border of the two electorates, before marching to nearby James Meehan Reserve to hear from the two women.

Event organisers described it as a “sign of the growing support for independent politicians” on the northern beaches.

But the sitting Liberal MP for Mackellar said it was a poor turnout.

“Just months ago they said “more than 500” people came out to launch their campaigns,” Mr Falinski said. “And now just couple of months later they are struggling to get a combined couple hundred out.” A poster for the "Walk & Talk" with Zali Steggall and Sophie Scamps on Dee Why Beach. Picture: Supplied

Dr Scamps told the combined supporters on Saturday that voters in Mackellar had an opportunity to replicate Ms Steggall’s success in Warringah, and beat Mr Falinski.

“People in Mackellar have been jealously looking at Warringah for the past three years wishing we had a true community-focused representative like Zali,” Dr. Scamps said.

The event came just days after Ms Steggall was embroiled in controversy after it was revealed she received a total of $100,000 from a family with previous links to coal mining. Federal Liberal MP for Mackellar Jason Falinski has been agitating for Wakehurst Parkway to be floodproofed and made safer. Picture: Supplied Dr Scamps, who has received some financial support from Climate 200, a group of donors backing independents with pro-climate action policies, said Mackellar residents had been “ignored and taken for granted as the Liberals think this is a safe seat”. 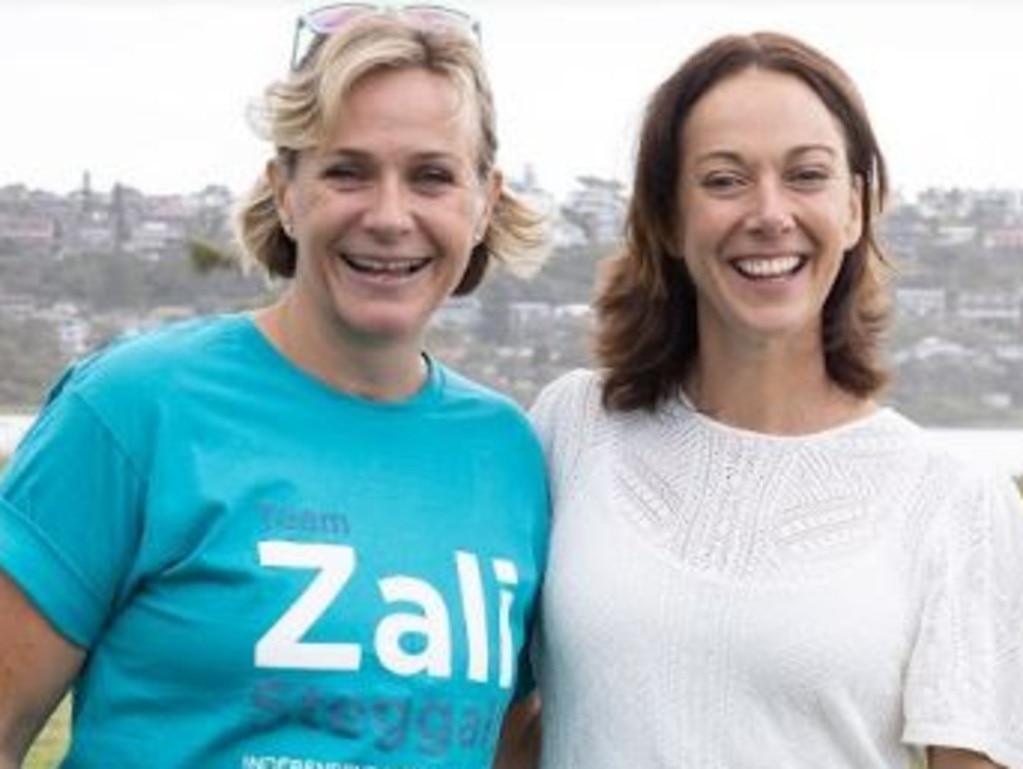 Independent MP for the federal electorate of Warringah Zali Steggall (left) with the independent candidate for the seat of Mackellar, Sophie Scamps, at Dee Why. Picture: Supplied

“Mackellar deserves better than that … we deserve an MP that will act on climate change, that will bring integrity back into politics, that will work with others to establish a Federal anti-corruption watchdog and that will fight everyday to help local small businesses thrive and grow.” Independent MP for Warringah Zali Steggall (right) and independent candidate for Mackellar Sophie Scamps with their supporters at Dee Why. Picture: Supplied

Mr Falinski said the coal donation episode “underlined that Zali Steggall will say one thing and do another”.

“It has been three years of slogans and grandstanding by the member for Warringah.

“Independents calling for transparency and integrity need to walk the talk.”

Ms Steggall told the combined supporters that those in government had forgotten about the “power of community, the power of people to make a difference in our democracy.”

But Mr Falinski said the “Climate 200 ‘Left’ candidates were running negative campaigns based on lies”.

“What we have seen from the Climate 200 candidates are just slogans, and behind those slogans are just more slogans.

“When it comes to running the economy, national security, getting to net zero, keeping power prices low, tax cuts, housing affordability, improving our transport systems and education they are no where.

“We are the only ones providing real ideas and policy outcomes on fronts that Australians are facing everyday.”