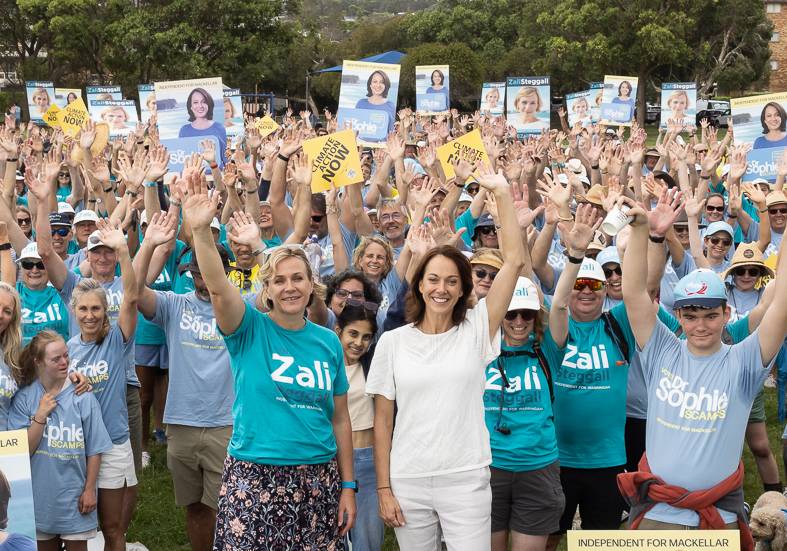 INDEPENDENT supporters in the northern beaches rallied in Dee Why on Saturday ahead of the looming federal election.

Independent Warringah MP Zali Steggall and Mackellar's Independent candidate Dr Sophie Scamps organised the event which was held on the border of the two electorates.

Around 300 supporters listened as Ms Steggall and Dr Scamps called for people to vote Independent.

"For too long the voice of Mackellar has been missing from the national debate, and as a community we have been ignored and taken for granted as the Liberals think this is a safe seat," she said.

At the 2019 federal election, the Liberals' Jason Falinski won the seat of Mackellar by a landslide, securing 53.01 per cent of the vote. However, there was a swing of more than 12 per cent towards the Independents.

Labor's Declan Steele secured 16.94 per cent of the Mackellar vote, followed by the Independent's Alice Thompson with 12.19 per cent, and The Greens' Pru Wawn with 11.48 per cent.

"I want to be a representative that our community can be proud of. Someone that, like Zali, will listen, consult, collaborate and work hard every day to secure a better future for our community and our country," she said.

Ms Steggall said action, not talk, counts most when it comes to leading the electorate.

"While the current member for Mackellar may say the right things when it comes to protecting the environment, on climate change and even on the PEP-11 oil and gas drilling licence, it is his actions that matter most," she said.

"Those in power have forgotten about the power of community, the power of people to make a difference in our democracy." 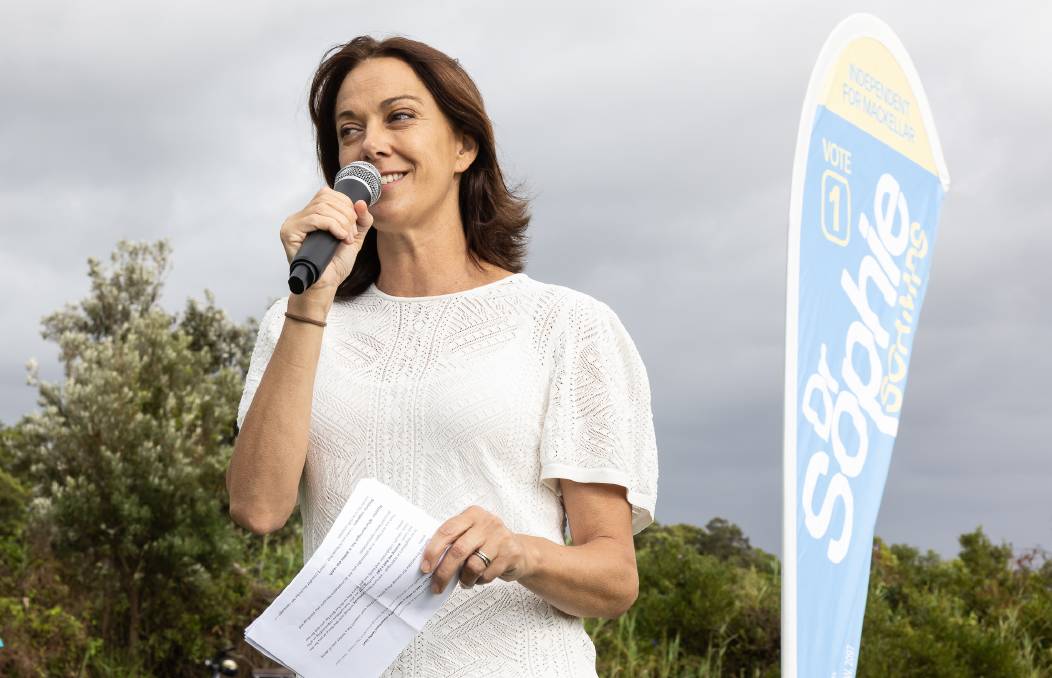 At the 2019 federal election in Warringah, Independent Zali Steggall got 43.46 per cent of total votes. This was followed by Liberals' Tony Abbott (39.01 per cent), Labor's Dean Harris (6.61 per cent) and The Greens' Kristyn Glanville at 6.13 per cent. Ms Glanville was elected as a first-time local councillor in the northern beaches in December, 2021.

While no date for the federal election has been announced, speculation is that it will be held on either May 7, 14 or 21.