A northern beaches’ doctor says seeing little action on climate change by the federal government has prompted her run as an independent at the next election.

Federal election campaign launch for Dr Sophie Scamps
Northern beaches doctor Sophie Scamps has launched her campaign to run as an independent in Mackellar at the next election.
An independent candidate has emerged to take on the Liberals in their safe federal seat of Mackellar at the next election — and taken lessons from the way high-profile crossbencher Zali Steggall won her way into parliament.

In a Zali-style campaign launch on Sunday, Dr Sophie Scamps, a GP from Avalon, surrounded herself by more than 500 supporters dressed in sky-blue T-shirts. 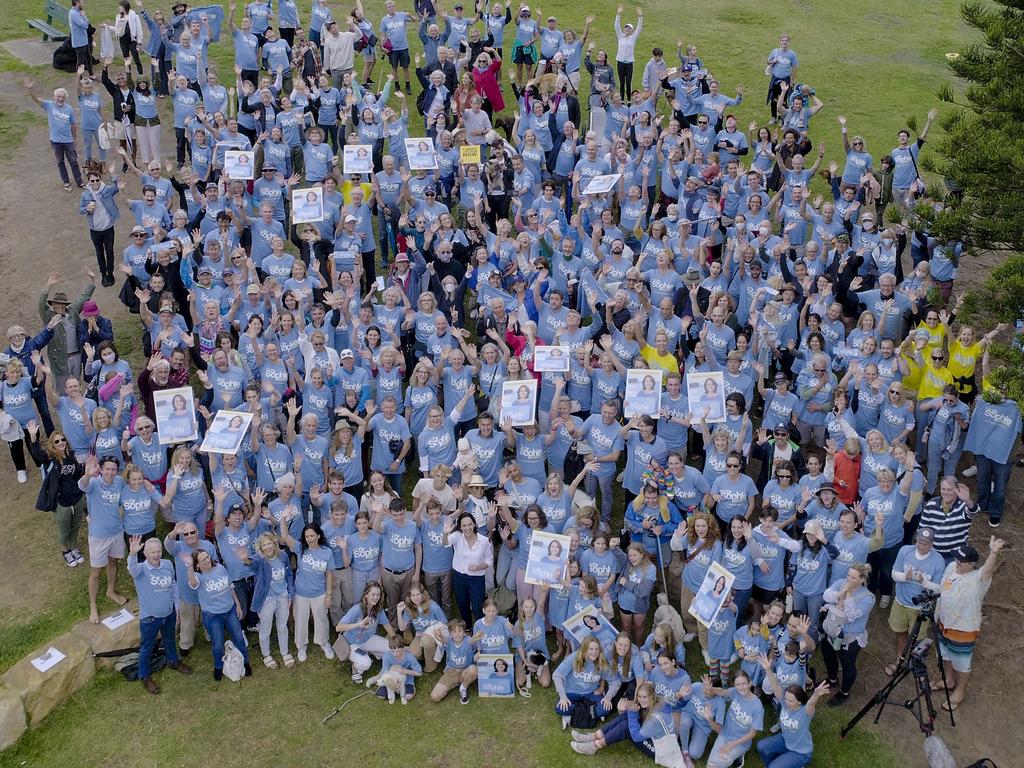 Independent candidate for the federal seat of Mackellar, Dr Sophie Scamps, launched her campaign at Avalon on Sunday. Picture: Supplied

Many of them have already pledged their time to volunteer on her campaign for a seat on the parliamentary crossbenches in Canberra, mirroring the “turquoise army” that played a big part in Ms Steggall’s victory over Tony Abbott in Warringah in 2019.

Dr Scamps, who until recently was working at a medical practice at Narrabeen and who previously served as an emergency room doctor at Mona Vale Hospital, said she wants to represent people who feel they are no longer being listened to by the federal government. 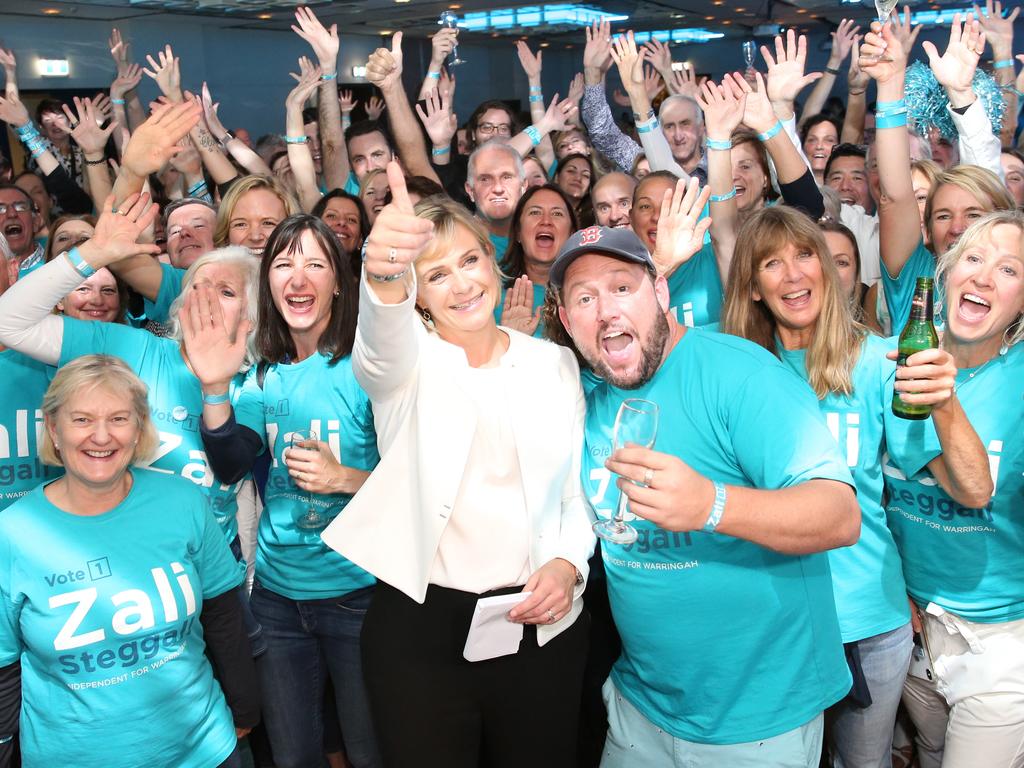 Zali Steggall pictured with some of her “turquoise army” volunteers and staff at her after election party. Picture by Damian Shaw

The 50-year-old married mum of three described herself as a community-backed independent who will run a grassroots political campaign in an effort to beat incumbent MP Jason Falinski.

Dr Scamps told the Manly Daily she believed there were a lot of disaffected Liberal voters looking for an alternative.

Mr Falinski attracted 63 per cent of the two-party preferred vote at the 2019 election and Mackellar has been held by the Liberals since the seat was created in 1972. 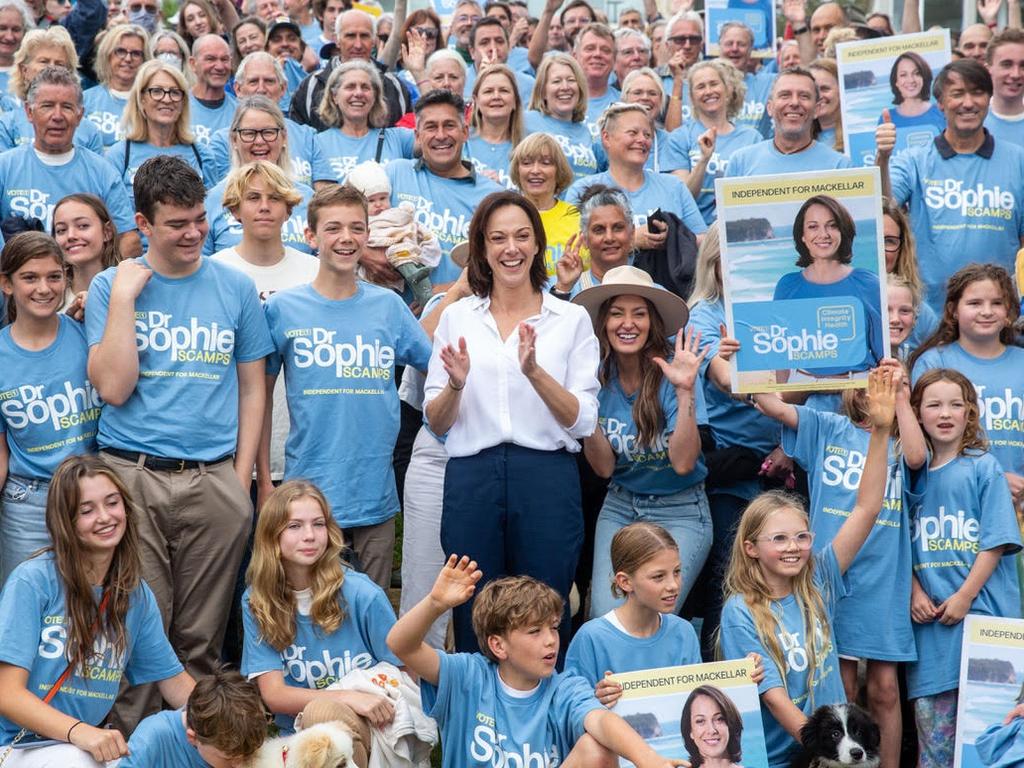 Dr Sophie Scamps with her sky blue volunteers and supporters at her campaign launch. Picture: Supplied

But Dr Scamps felt climate change would be a decisive issue at next year’s poll.

She is the founder of Our Blue Dot, a community-based organisation that helps people reduce their impact on the environment, and was a co-founder of Voices for Mackellar, a group set up to discuss important local issues such as climate change and support for small business.

Dr Scamps said that led to people urging her to run as a local independent for federal parliament. In January she set up a separate group, Mackellar Rising, which is now sporting her campaign. 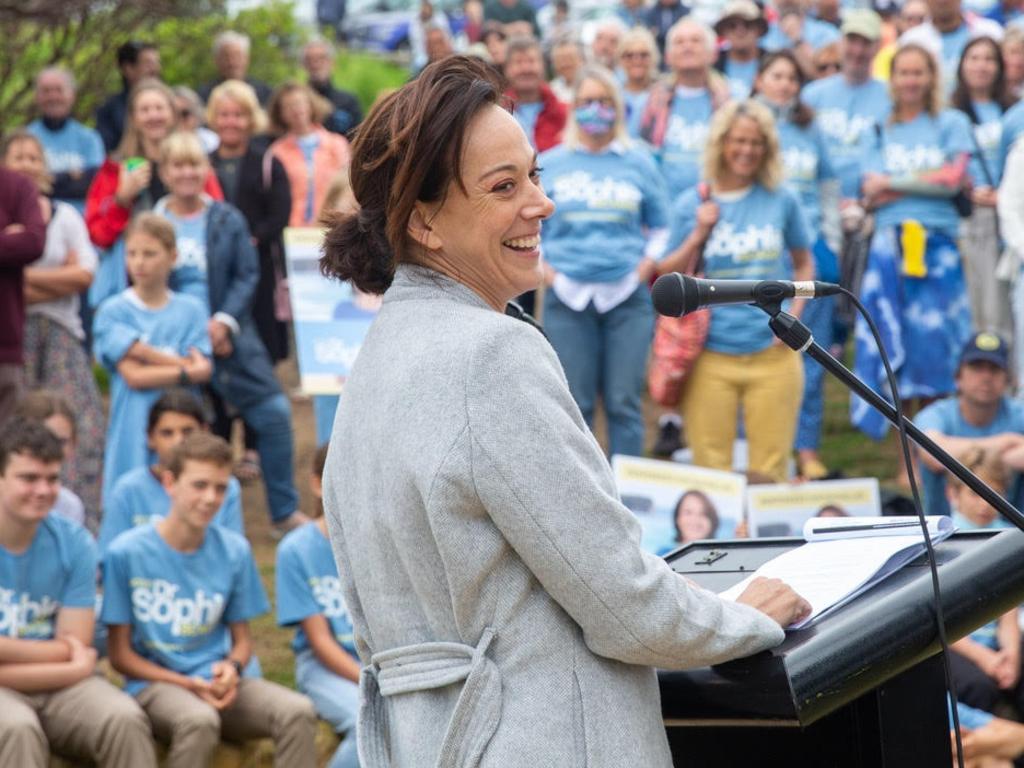 “I’d been waiting a long time on action on climate change and it just wasn’t happening,” she said.

“We found that there is really widespread dissatisfaction, frustration and anger as well about how ignored people felt.

“They think it is almost impossible to have their voices heard.”

Mr Falinski has pushed for stronger action on climate change and has gone on record urging Prime Minister Scott Morrison to officially update the government’s 2030 emissions reduction target ahead of the next election. 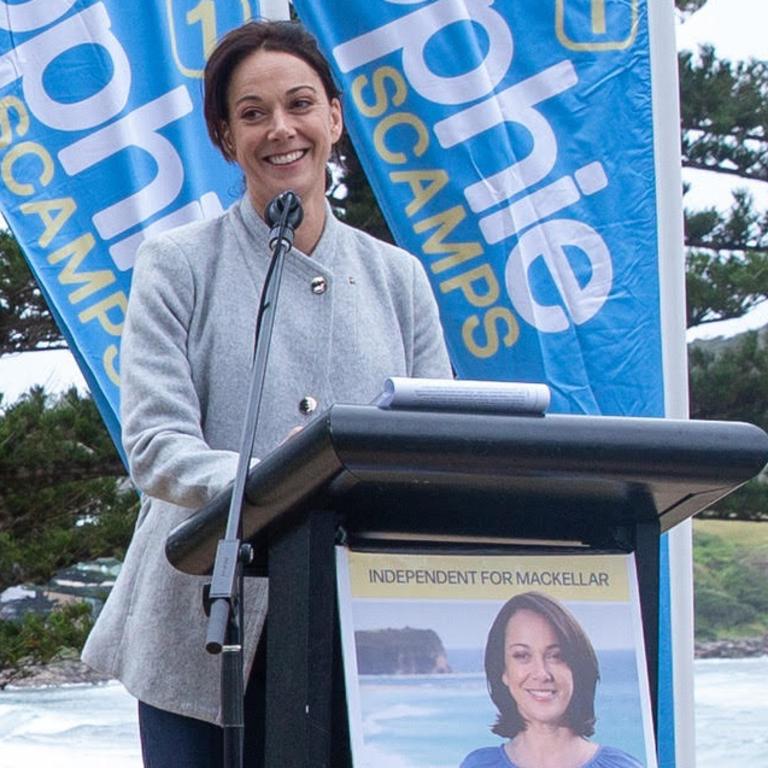 Dr Scamps said her support base came from across the political spectrum.

“To win this election we’ll be needing to attract votes from all sides.

“There are a lot of disaffected Liberal voters who feel the Liberal Party has lost touch with what their values are.

“People feel very frustrated and very angry that the government is not acting meaningfully to protect our way of life here in Mackellar. 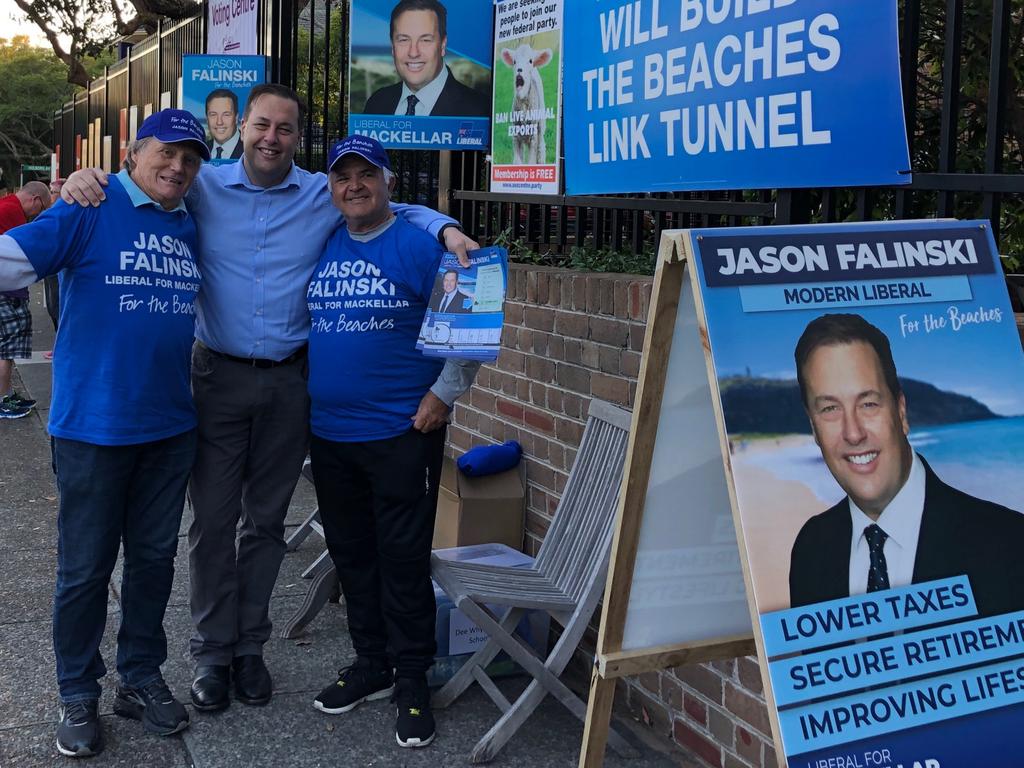 MP for Mackellar Jason Falinski with Liberal Party volunteers at Dee Why Public School on election day 2019. He has urged for stronger action by the federal government on climate change. Picture: Supplied.

“Our way of life here in Mackellar is under threat from climate change and there needs to be stronger action.”

Dr Scamps said if elected, she would work with other independents to influence government policy, not just on climate change but on establishing a Federal Integrity Commission to oversee politicians actions; improved support for struggling small businesses and families; more help for youth mental health and: stopping the proposed exploration for gas off the Sydney coast.

She said her campaign would be “tapping into the sentiment that’s widespread across the community.

“As you can see with Zali’s campaign, Warringah was just flooded with volunteers for Zali.

“And there was a real sense of excitement working together.

“People had a lot of fun on that campaign.

“So we have a very similar approach. It’s very much grassroots. So many people are putting up their hands to help in so many different ways, so it’s good fun.”

Dr Scamps is organising a series of “meet-ups” and “walk and talk with Sophie” dates around Mackellar.